Are You Legally Married? 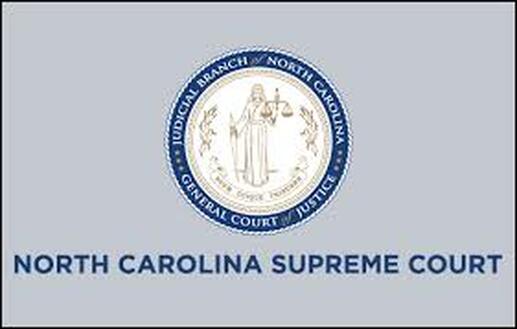 This subject of legality has become a slippery slope in recent years with the plethora of DIY wedding articles and people jumping on the internet to be ordained.  Many counties in NC choose not to actively enforce this law which was upheld by the NC Supreme Court as recently as 1992, while others hand out information informing their bridal couples at the time they procure their marriage license.  Ignorance of the law or laziness to enforce it notwithstanding, if you have a friend or family member get ordained over the internet and something happened, godforbid, that lands you in front of a judge in NC and the information comes up that you were “married” by someone who was ordained in this way – the judge would say, “nope, you are not married by the laws of this state”… in more legal language of course.

And POOF! Any legal rights you thought you had would be gone! So – do you really want to take the chance?  There are so many reasons why hiring a real minister is the right thing to do, hiring a professional who has the experience, the knowledge and the education to guide you through one of the most important times of your lives.  No matter whom you decide to officiate your wedding – please make sure you really will be married!

​Recent Confirmations:
2020
I am also doing premarital counseling for a couple, and the bride is a lawyer.  She told me they chose me not only because I was on the preferred vendor list of their venue, but because she knew I was legally ordained. She said that when she was in law school they "drummed it into their heads" that when a couple came in for a divorce , and if they had not been married in a church, to check the credentials of the officiant, as internet ordination is NOT legal in NC. (see UNC LAW SCHOOL Article)

I was contacted through Facebook last fall (2018) by a woman who works for the Iredell Register of Deeds to officiate her wedding.  She told me that she knew about internet ordinations not being legal in NC and wanted to ensure her upcoming wedding was.

Also, in 2012  I received a call from a bride who had planned on having a friend to officiate her ceremony, and who was going to be ordained over the internet.  She and her fiance were actually getting their marriage license at the Mecklenburg Register of Deeds office and telling the girl at the counter that her soon-to-be husband’s best friend was going to get ordained online. And the woman told her that was not legal and they would not be married. She actually gave the couple my name to call, as she knew me from over 18 years of doing weddings in Mecklenburg County.  (Actually she also knew me because I had performed the former Register of Deeds niece’s wedding!) I ended up consenting to co-officiate the wedding so that they could have their friend do some of the ceremony as well, so the day was meaningful for them, and they would still be legal.
~~~~~~~~~~~~~~~~~~~~~~~~~~~~~~~~~~~~~~~
Note: This article refers to the Universal Life Church Online, based in Modesto, California and NOT to the Universal Life Church World Headquarters of Carrabelle, FL. The latter is a Christian organization legally entitled to ordain for all states in the U.S.
I often come across people in the Wedding business and elsewhere who, when finding I am ordained, confidently tell me that they can also officiate because they are also ordained. In almost every case, they are referring to online ordination through the Universal Life Church.

The Universal Life Church, or ULC, has been around since the 1960s and is easily the largest organization offering ordination through the Internet or by mail. While many states may accept registration through the ULC as conferring the legal right to perform a marriage ceremony, there are a small number of states where significant legal and legislative issues bring this seriously into question. North Carolina is one of those states.

North Carolina General Statute 51-1.1 states:
Any marriages performed by ministers of the Universal Life Church prior to July 3, 1981, are validated, unless they have been invalidated by a court of competent jurisdiction, provided that all other requirements of law have been met and the marriages would have been valid if performed by an official authorized by law to perform wedding ceremonies. (1981, c. 797.)

The background to the introduction of this law is quite an interesting and colorful one.
In a 1980 case, State vs Lynch, a man named James Lynch was prosecuted for bigamy. He had married his first wife, Sandra, and then, without divorcing her, married again to a woman called Mary Alice. For doing this, he was charged with bigamy. His defense attorney argued that his marriage to Sandra was legally invalid as it had been solemnized by her father, who had only been ordained by mail as a Universal Life Church minister.

The North Carolina Supreme Court overturned his conviction, holding that indeed his first marriage had not been valid. Although the court stated in their judgement that the state does not have the power “to declare what is or is not a religious body or who is a religious leader within the body, ” it nonetheless held that “A ceremony solemnized by a … layman in the mail order business who bought for $10.00 a mail order certificate giving him ‘credentials of a minister’ in the Universal Life Church, Inc. – whatever that is – is not a ceremony of marriage to be recognized for purposes of a bigamy prosecution in the State of North Carolina.”
​
Because of this ruling the NC legislature felt that the expectations of married couples who had used ULC ministers before this time should be protected, and adopted a law to make clear that pre-existing ULC marriages were all valid as long as they had not been specifically invalidated by a court. The statue was notably silent about ULC marriages after that date in 1981, but the strong legal implication of that, allied with the judgment of State vs Lynch, is that ULC marriages could no longer be celebrated in North Carolina. Additionally, later cases have suggested, though not ruled, that this is the case.
With the above facts in mind it would seem highly advisable not to engage a ULC minister to officiate any North Carolina wedding. This is not to say that all ULC ministers are in any way inferior in their skills or performance, simply that there are serious legal implications in that choice. This is another strong reason why, when choosing an officiant in this or any state, it is vital to review their credentials and the organizations by which these are issued.

Never be afraid to ask your Minister to show their paperwork!